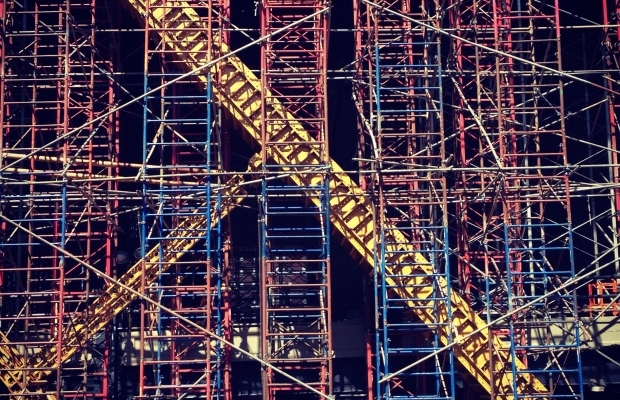 Sources reported this morning that the years-old and yet ongoing construction on North Charles Street is not, as it was believed to be, a municipal construction project with the goal of improving and beautifying Baltimore infrastructure and is actually a performance art piece representing the futility of man.  The mastermind behind the project, referred to in some circles as “The J-Walker’s Lament,” is Orion Bardot.

Bardot, believed to be either a senior, a grad student, or a freshman with Benjamin Button disease as those are the only ways he could possibly have been around long enough to begin the project, described it as as, “A municipal deconstructionism site,” and “a reflection of the Bush administration only insomuch as the administration reflects the project and therefore itself.”

Bardot took reporters on a tour of the piece, pointing out the benches, inaccessible yet yearning to be sat upon in much the same way that people are so close in hope and purpose, but are foiled by the “chain link” of postmodern society ; the dirt, symbolizing mankind’s basest intentions that lurk in all of us, gnawing at our ambitions to rid ourselves of original sin, yet mocking us in our impotence; and the orange barrels, which represent the traffic problems posed by an art piece of this scale and in this location.

Bardot says he has also been working on a political commentary called, “American Scaffolding: The Caution Tape That Isn’t.”  Sources confirmed that he was referencing the renovation around the Washington Monument in Mount Vernon.  When asked if he had any other pieces of note, Bardot grinned slyly before winking eight times and disappearing down a manhole painted to look like a globe, another performance art piece which he calls, “White Rabbit Working Class.”

When Baltimore Police were notified about these unlicensed, large scale, disruptive art projects that Bardot was performing throughout the city, they responded by calling the rampant postmodern displays, “Really not our biggest problem at the moment.”​